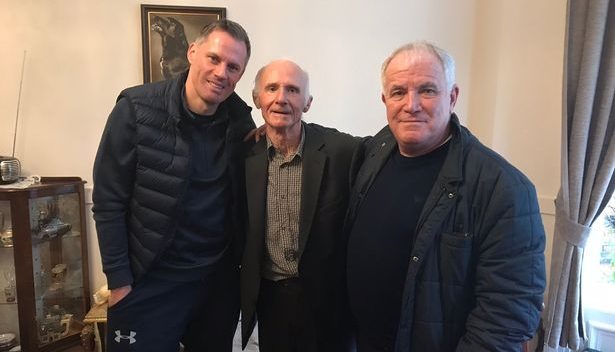 It was a Christmas to remember at our Southport care home, Woodland’s Manor, when resident Kenny received the best gift he could have asked for: a reunion with his old mate Jamie Carragher.

Hailing from Bootle, Kenny worked as a caretaker at Melwood and Anfield for many years. He knew Jamie from back when the Liverpool legend used to be a young trainee. 72 year-old Kenny now has dementia and struggles with his memory. But when Jamie walked into the family room at Woodlands on the weekend after Christmas, Kenny had no trouble remembering him. 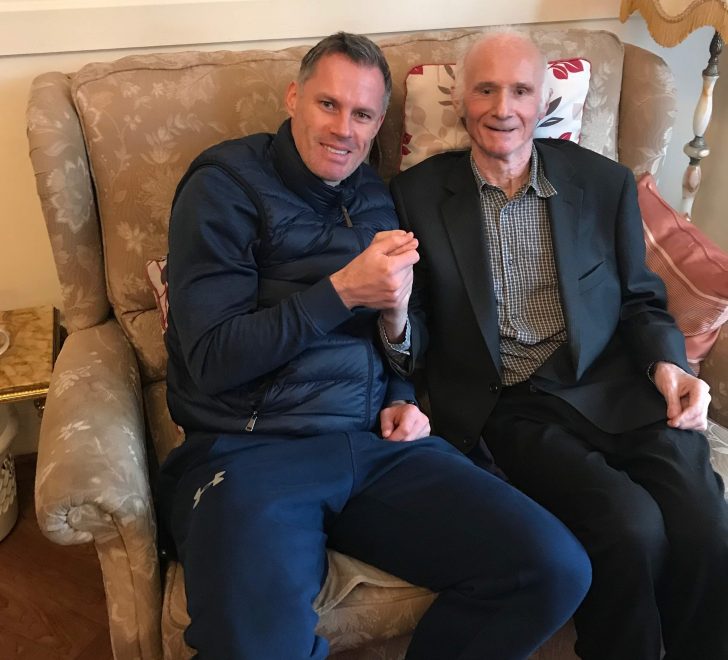 The meeting was arranged by Kenny’s daughter, Kath, who wanted to give her father a present he wouldn’t forget, despite his condition. She didn’t think her plan would work until she received a call from Jamie’s father, Phil, saying he could come up to Woodlands Manor that Sunday. Kath says when Carragher walked in and greeted his old friend her father smiled and was transformed from a solemn figure into a spry and happy man. The touching reunion brought tears to Kenny’s eyes, as he kept saying ‘I can’t believe you’re here.’ 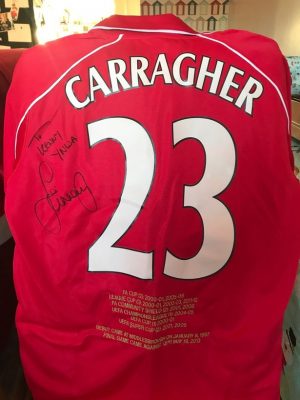 ‘It meant the world,’ said Kath, who admitted that she’d never seen her father talk so much as she did then during those 90 mintues with Carragher. As the two sat and spoke in hushed tones, looking at pictures and reminiscing about the old days, it became evident that the Red legend remembered more about Kenny’s time at Liverpool Football Club, than Kenny himself did.

Kenny, worked for LFC for 17 years, and used to give lifts to Jamie and others. Loved by all at the club, Kenny once lost his possessions in a house fire. Jamie Carregher, Michael Owen and Jamie Redknapp, who was club captain back then, raised £2000 to get the handyman new things. He had a colourful career full of meetings with famous people like Muhammad Ali and PM Harold Wilson. Sadly, Kenny isn’t able to access most of those memories now. But if the meeting on Sunday proved anything, it’s that they may not be completely lost. Making a joke of it on Sunday, Kenny told Jamie he wanted a new brain for Christmas. 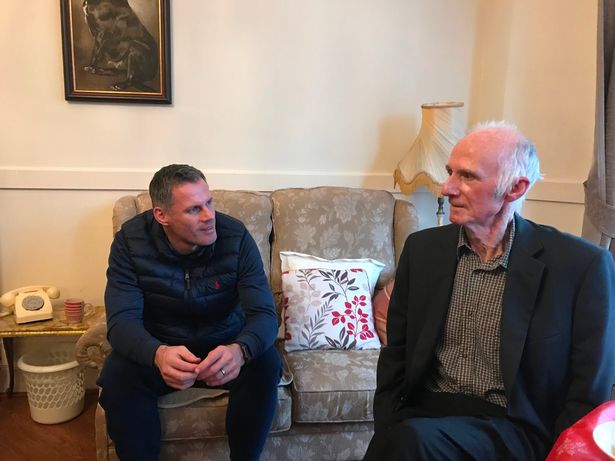 You can read more about Keny’s touching meeting with Liverpool legend Carragher in the Liverpool Echo Here.

Looking for a care home in Southport? Find out more about Woodlands Manor Care Home, based in Merseyside, and how you can arrange a visit for tea or lunch!